Q: What was your favorite moment in the Manatee Cup?

Q: What are five things you are grateful for?

A: Having good internet, and a good computer.

Having an awesome park we live right next to.

Not having to sit in a class room for hours and learn almost nothing.

And last but not least having access to food.

Intention: Play in the Manatee Cup.

Reflection: Read this blog if you don’t know what the Manatee Cup is. My team played 3 matches today, and won every single one. It got really close when we were fighting against Stevie’s team, but we pulled through. We have not lost a single round yet, and are confirmed to be in the finals. In my last post about the Manatee Cup I said it was a best 2 out of 3, but it’s actually a best of 2 round robin. In all of our rounds played in the Manatee Cup I have played all but one as Warwick. Stevie’s team is tied with us skill wise I would say, so I hope we won’t have to fight them again in the finals.

Warwick, a werewolf that I played in the Manatee Cup 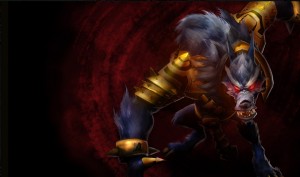