Q: What are the pros and cons of not having a facilitator so far?

Learning to be more independent.

A lot more of the same offering, and less outside offerings.

Meetings start late, and last long because lack of focus.

NOTE: All of the cons are because we are inexperienced with not having a facilitator. I’m guessing these cons will not last long.

Q: what are five things you want to do on no power day?

Reflection: I decided to draw Blathers. He is an owl and I think I did a good job. Although I only had enough time to draw the head.

Intention: go to the tour/meeting of Glacier View.

Reflection: It was really nice. We meet some really cool people, and this week, or next week we will be updating the site. The inside of the building is a lot bigger than our current space, and is keeping up pretty well.

Intention: play in the Manatee Cup

Reflection: The Manatee Cup is a League of Legends tournament that our friends do at our old school, Clear Water. It is a best two out of three, we played a round today and won. It was really long, and I had a lot of mistakes, but also in my opinion I had a lot of good plays. But I think we got lucky that round, I think it’s going to be a lot harder to win next round. Even though the first round was very tied up already.

Blathers: the owl I drew 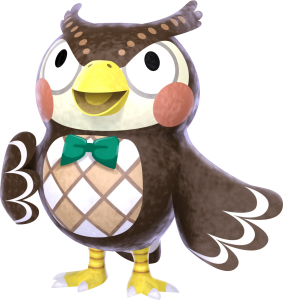