But first the questions of the day:

Q: what are your intentions for the next 2 weeks?

A: I want to make handcrafted gifts for the Animal Crossing gift exchange. On February 2nd I am going to receive who I am going to be making a gift for. Once I get my gift receiver I’m hoping to make a pillow and blanket of the villager from super smash bros, I’m hoping for it to look really creepy. I’ll also probably make a plushie version of their favorite villager. I’m guessing I will get this done by going to 3231 creatives.

I want to do more Improv. We have been pushing it back since we’ve been doing D&D at the same time. I still have stalk  loads of Improv game we can do found here. I want to do every single one even if people say it sounds boring, don’t knock it till you try it.

I want to do way more reading. We have tons of books and none of them are being read. I’m sort of hesitant since I’ve never been the “read the entire book in one sitting” type of guy.

I want to swim more. We swam on Wednesday and it felt sooooo good. I used to do 10 minutes of laps each day (18 laps usually), and I want to get back into that routine.

I want to bake stuff I haven’t baked before. That’s right, I’m not talking cookies or brownies. I’m talking lemon bars, and maybe something else, like apple pie!

Reflection: I got through basics 1, and set my daily goal to regular. I got really mad by the mic detection though. I tried every way of saying what it wanted me to say, but it didn’t understand me at all.

Reflection: It was not that good of a movie, it was a bunch of toilet humor(think dumb and dumber). We also didn’t know it was R, we all agreed it was a bad idea to watch that sort of movie during school time.

Reflection:  Everyone else stayed in the dungeon while I left the dungeon. While I was outside I accidentally offended some elves, and ran away from them, I then found an abandoned town inside a mountain. I found some gold by looking through dead bodies, and it turns out there was a troll. The troll broke my leg, but I managed to escape it by using my wheel transformation to quickly get away. And being at low health I went into the only place that I thought would keep me safe until I heal. An Elven town that doesn’t treat kindly to my kind. Luckily though they felt pity for me and gave me a room in the town’s inn. Next time I’m hoping to buy a healing potion with the money I got from checking dead bodies.

The picture of the day: 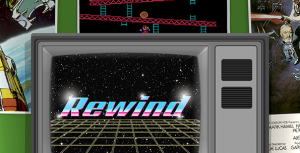