But first the question of the week:

Q: After this week what sound do you feel like saying?

I finally finished the board game and played a minute of it. I don’t think it was that fun or strategic so I think I’m going to have to add some new mechanic into it like an event card.

We put a green and blue colored pool table chandelier up on craigslist.

I went to the park and had a snowball fight.

I’m in a book group now and we are reading a people’s history of the united states by Howard Zinn.

Douglas introduced me to a new game that lasts your whole life called THE GAME.

And finally I celebrated my dad’s and Jurr’s birthday this week.

The quote of the week: I forget how I went but he said ” if Tyrone was a vegetarian wouldn’t he be called a vegeTyrone” – Douglas

The picture of the week: 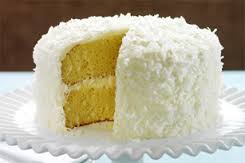